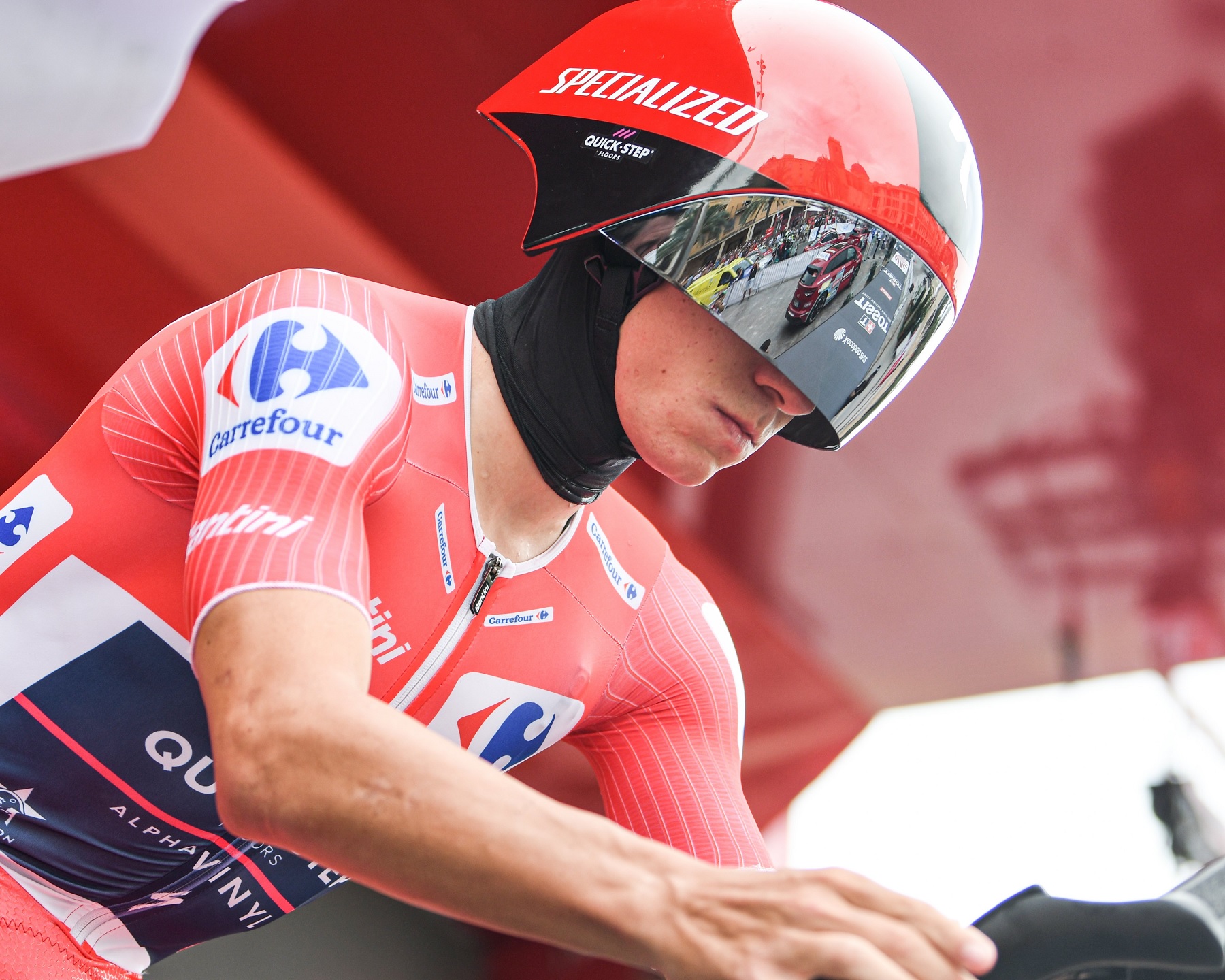 The race’s time-trial has seen the gaps in the overall classification extend, as the GC battle turned into a stage battle aswell, with Remco Evenepoel giving little room for anyone else. He’s taken the stage win in Alicante, beating Primoz Roglic and Remi Cavagna to the line.

Positive: Evenepoel took 48 seconds on Roglic and 1:51 minutes on Mas, meaningful differences into the second week. Miguel Angel Lopez a positive surprise in the Top10.

Negative: Both Almeida and Ayuso didn’t have their best of days today, loosing important time. Thymen Arensman also struggled in the heat. Mader, Hindley, Higuita and Carthy also lost a lot of time on the road.

Stage 11 will have the peloton travel into Andalusia, with some flat and desert-like landscape hosting the peloton in the second day of the second week of the race, one that should be to the liking for the sprinters as it features little climbing.

The start takes place at El Pozo Alimentacion, and will see the peloton travel southwest near the coast of the Mediterranean. The route features some small hilltops, however nothing too big or meaningful in any way, with no categorized climb and a bonified intermediate sprint placed only 9.8Km away from the finish. 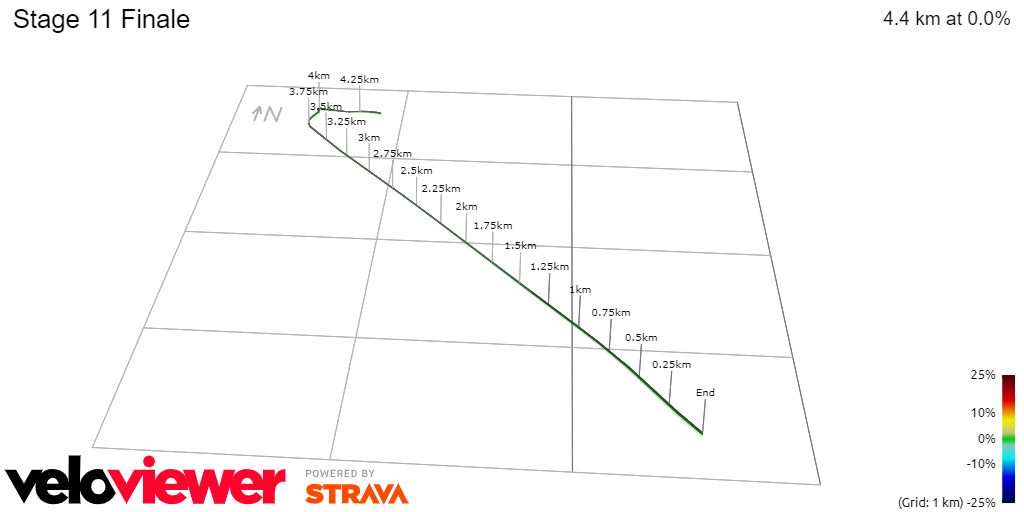 That will be by the sea near Cabo de Gata. The final 4 kilometers will be in a total straight line near the sea, in what will be the least technical finale one could imagine. That can be a good factor when it comes to safety, however the wind may play a big role as the road will be fully exposed. 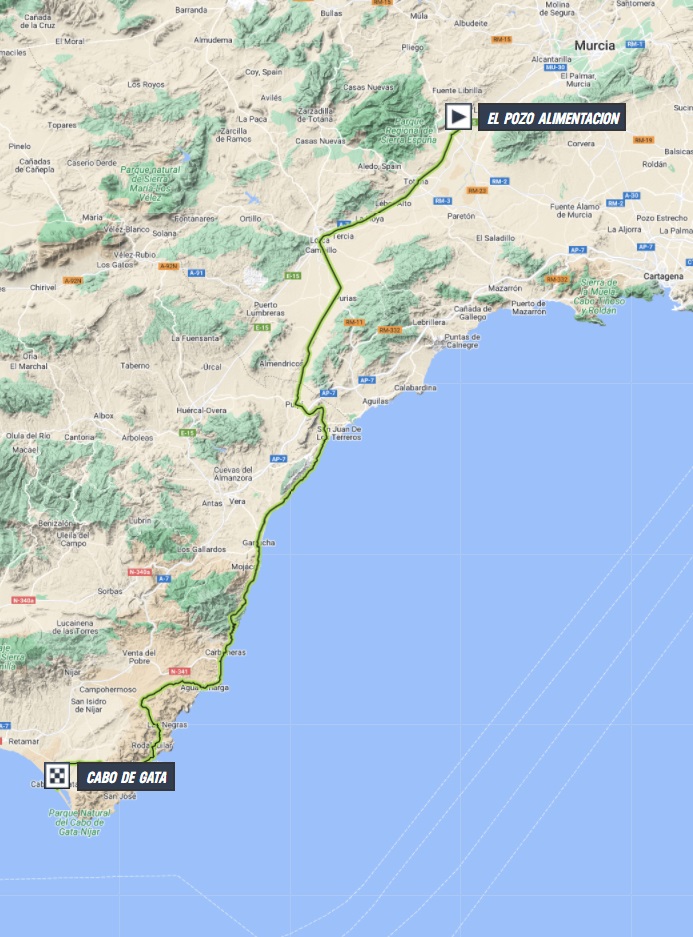 The wind will blow! From the southwest however which will see a headwind throughout most of the day. That won’t be ideal, however the finale should be very tense as the riders turn into a block crosswind with around 4 kilometers to go. It’s short distance, I think the major danger will be of crashes, but there can be time to create splits and make the difference.

Too many teams interested in a sprint, the day is easy but above all there will be a headwind throughout most of it, it’ll be an easy day to control.

Tim Merlier – Alpecin have lost already riders, but will be fully focused in helping Merlier. It will be a cross/tailwind sprint which will suit his skills, and without Sam Bennett he should be the fastest man. The question lies on whether he can get in a good position or not.

Mads Pedersen – Now undisputed leader of the points classification, Pedersen finds himself in a good position. He has the speed to finish off a finale like this, the last kilometers should be very hard with the wind so it will actually suit him. He will be prioritizing the intermediate sprint and other points however.

The race is lacking the pure sprinters. This will be a day for those that are left however, with Merlier the man to beat as long as long as he gets a good position, but in a bunch sprint it will have to be a mix of good tactics, legs and luck. Dan McLay has been showing great form and will be a dangerous rider, Pascal Ackermann will want to prove his worth and in Juan Sebastian Molano he’ll have a strong leadout, and Kaden Groves is yet to show his true talent in this Vuelta and will look to finally strike big.

The victory should be between those riders. Some sprinters have left the race already, giving opportunities to others. Danny van Poppel and Fabian Lienhard are two examples of leadout men who’ll have the freedom. Bryan Coquard, Cedric Beullens, Carlos Canal should also be eyeing a result.

This morning I talk to…

#68 Julius van den Berg – We need you up front. The day shouldn’t be too tense overall, but you will have the task of positioning and keeping Hugh safe in the final kilometers. No need to go waste energy in a break, stay in the pack and follow the wheels into the finale, there make sure we keep our GC position safe.

#123 Lluis Mas – The guys will take care of Enric into the finish, but throughout the day make sure everyone is safe, with water and food. You can help with positioning into the final 4 kilometers, but in that section just take it easy.

#196 Daniel Navarro – It’ll be a good day to relax Dani, roll around the back of the pack throughout the day and save those legs for the mountains, you won’t have to do any hard effort.

I think this time it will finally be it. It’ll be a very fast sprint, and Tim Merlier may have his last chance here before the high mountains.

Zweeler is a fantasy sports game that includes many sports and cycling is no exception. I ask that you check it out, if you register with the link below you will not only be joining an exciting game but will also be personally supporting me and my work, and allow me to make more content for you!

Summary of the previous stage

Individual time trial in the stage between Elche and Alicante where the Frenchman Rémi Cavagna one of the first to complete the course was the leader for much of the time. However, the leader of the Vuelta 2022 Evenepoel was the one who won this stage. The anecdote of the day was Joao Almeida who made a mistake before reaching the finish line. The Belgian rider increases the lead in the lead.