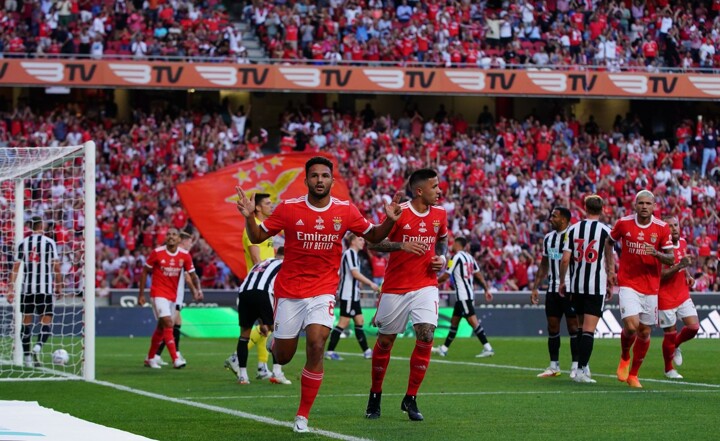 The home team managed to play out a goalless draw against Santa Clara in their first game in the top-flight in 83 years. They finished second in LigaPro last season to secure promotion to the Portuguese top-flight.

Benfica have been in fine form in their recent fixtures. They have maintained a 100% record in their fixtures since July, including friendlies. They got their league campaign underway at home last week with a 4-0 win over Arouca.

They traveled to Denmark for the second leg tie of the UEFA Champions League third-round qualifier against Midtjylland on Tuesday, recording a 3-1 win. They booked a place in the play-offs with a 7-2 win on aggregate and need to overcome Dynamo Kyiv.

This will be the first competitive meeting between the two Lisbon-based rivals.

Fernando Varela missed the league opener with a thigh strain and will likely sit this one out as well. Nonetheless, he faces a late fitness test. Carnejy Antoine was injured in the pre-season and his involvement remains doubtful.

Lucas Veríssimo is only expected back into the fold next month after a lengthy injury layoff. João Victor has recovered from a foot injury and faces a late fitness test ahead of the trip to Estádio Dr. Magalhães Pessoa.

Rodrigo Pinho is on the verge of departing the club. He is in talks with Sporting Braga and will play no part in this match.

Casa Pia held their own to kick off their Primeira Liga journey with a clean sheet last time around but they will be put to the test against a free-scoring Benfica here. As Águias have scored 11 goals in their three games across all competitions thus far and are clear favorites here.

Casa Pia might fail to open their goalscoring account here and an easy win looks to be on the cards for Benfica.